Plant Base is designed for computers running under Microsoft Windows 32-bit or 64-bit operating systems or Apple Mac systems with Intel processors. (see the separate section for information about the Android edition)

Modern PCs and laptops will be more than adequate and the Plant Base program will in fact run on quite old, low specification machines. So in most cases you don't need to worry about the details below.

Versions up to 2.1.4 will run on Windows 2000 and the latest versions will also run but may require an additional file from Microsoft (contact us for details).

A processor speed of at least 800Mz is recommended. However we have run on much slower systems with acceptable results, even old 486 machines!

512Mb RAM or preferably more. Additional memory usually gives better performance with Plant Base than faster processors. The program will run on smaller memory systems but may respond slowly.

Hard disk requirements will vary considerably depending on the amount of data and pictures stored. The current version with all its supplied data and images loaded needs about 350Mb. Most space is taken up by plant pictures. Plant Base version 2 can be installed entirely on external storage.

A CD-ROM drive is not needed unless installing from a CD.

A reasonably good monitor is important. The minimum recommended screen resolution is 1024x768 and a little larger is better. However, Plant Base version 2 has a compact screen mode option for running on Netbooks or other small-screen machines from 1024x576 pixels .... see screen shots

An internet connection is not required. Plant Base is a stand-alone PC application. However, it is possible to create plant references in the form of web hyperlinks. Clicking a hyperlink will attempt to open that web page in your default browser. The Plant Base program does not itself access the Internet directly.

Both 32-bit and 64-bit program builds are available: 32-bit will run on any system, while the 64-bit program requires Windows x64 and may make more efficient use of its memory.

The Mac edition of Plant Base 2 is a native OSX application for Intel processor based systems. That is, Mac hardware dating from about 2006. It will run on MacOSX version 10.6, Snow Leopard, or later. May possibly run on 10.5 (Leopard) but not tested.

For older Apple Macs with PowerPC processors there is no native program, however we have at least one user who has successfully run Plant Base 1 under Windows emulation. The system used was:-

All Mac hardware running the supported OSX versions is easily capable of running Plant Base. Actual hardware considerations are broadly similar to Windows as above, but not generally any issue.

The Mac edition is available as 64-bit or 32-bit programs, both are included in the install file.

There have been reports of some problems when running under High Sierra, MacOS 10.13, but are unable to confirm these. We strongly recommend test running, using the free trial period if needed, especially when using the more recent MacOS versions.

A native edition for Linux is available as a Beta release. Development continues to progress and we intend to support running on all major distributions and desktop environments. The latest version has been successfully tested on several distros, although some others have minor issues. Please see the Linux page or the Blog for more information.

The current release requires GTK2 librararies, which are pre-installed on most systems. There are no other special dependencies. Both 32-bit and 64-bit program builds are included in the install files.

The Windows edition of Plant Base has been run under WINE, however there is a known issue that prevents display of the toolbar component of the user interface. We don't recommend this option.


Windows is a trademark of Microsoft Corporation
Mac and MacOS are trademarks of Apple Inc. 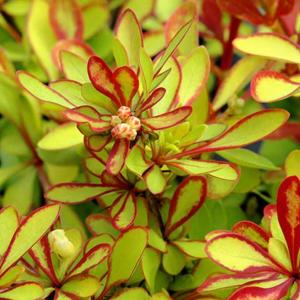